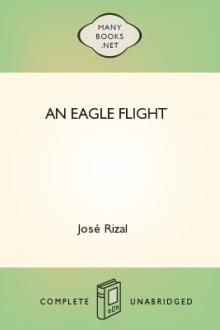 An Eagle Flight By Jose Rizal pdf free download. Rizal was tried by court-martial, on a charge of sedition and rebellion. His guilt was manifestly impossible. Except as a prisoner of the state, he had spent only a few weeks in the Philippines since his boyhood. His life abroad had been perfectly open, as were all his writings. The facts stated in General Blanco’s letter to the Minister of War were well known to all Rizal’s accusers. The best
they could do was to aver that he had written “depreciative words” against the Government and the Church. Some testimony was given against him by men who, since the American occupation, have made affidavit that it was false and forced from them by torture. 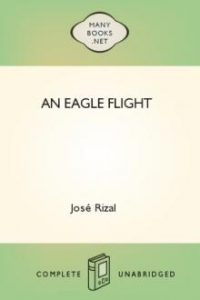